He is best known for his novels about the character Elric of Melniboné, a seminal influence on the field of fantasy in the 1960s and 1970s.

As editor of the controversial British science fiction magazine New Worlds, from May 1964 until March 1971 and then again from 1976 to 1996, Moorcock fostered the development of the science fiction "New Wave" in the UK and indirectly in the United States. His publication of Bug Jack Barron by Norman Spinrad as a serial novel was notorious; in Parliament some British MPs condemned the Arts Council for funding the magazine.

In 2008, The Times newspaper named Moorcock in its list of "The 50 greatest British writers since 1945". 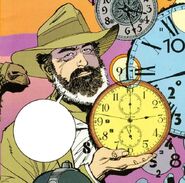 Lord of the Multiverse 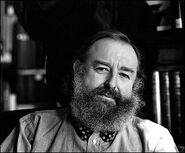 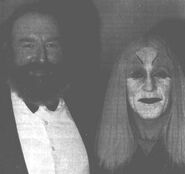 Michael Moorcock and Jack Karaquazian playing the Game of Time
Community content is available under CC-BY-SA unless otherwise noted.
Advertisement