The Cosmic Balance maintains the equilibrium of the Multiverse. Without the Balance, the forces of Law and Chaos would fly out of equilibrium, and the Multiverse would be threatened with extinction.

Too much Chaos would result in an unformed infinity of raw Chaotic probability. All structure and form would break down, all natural laws would cease to be, and life in the Multiverse would dissolve into nothingness.

Too much Law would be just as disastrous. The ultimate triumph of Law would snuff out Chaos forever, and there would be no probability, no new creation, no chance, and no novelty. Everything in the Multiverse would stagnate, to the point that reality would cease to create itself, and become a static wasteland of sterile nothingness.

The Cosmic Balance is not a physical object, though it can manifest physically in certain universes. It is said that the Balance can exist as the sum of the Objects of Power.

At times the Balance seems to have a distinct will, and could be said to be analogous to a supreme God. It is also likely that the Balance was actually created by mortals, specifically due to Jack Karaquazian and Sam Oakenhurst playing the Game of Time. 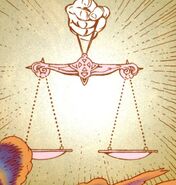 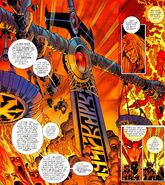 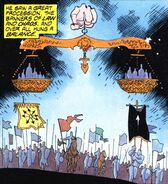 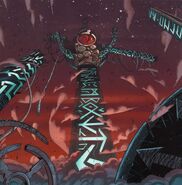 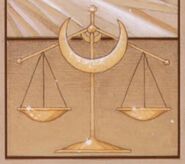